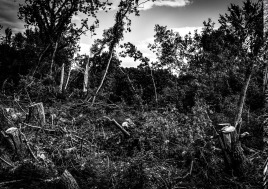 Claudio Monteverdi -The landscape of sounds is a
project by artist Emiliano Marinucci.
On the occasion of the composer’s 450th anniversary of birth B4Baroque will publish this haunting photographic art book that follows the different amospheres of Monteverdi’s music. This with images that document all the places were he lived, played or his music was first heard. Following the lines of his music, from the score to the shades in the soil of the bassa padana. From Cremona, his birthplace but also birthplace of the violin into the lakes of Gonzaga’s Mantua.
Water, the element of life, of tears and reflecting like a mirror. Therefore Narcissus, the vanity and the loss.
Then the legend of Fetonte , falling inthe Po river. Mourning along the sides his sisters. Then, wars, mithology, the menaces and the doubt of the Counter reformation. And alas, through his writings and letters, the man himself. His ideas on music, on people, his struggle to find perfection expressing precise ideas in sound. This photographic project follows the composer in deepening light traces of words left hanging fom a note, transforming them into images, catching the glimpse of a diminuendo and leading into light or darkness. Telling the story of a composer, a man, a genius. And living through his places and sounds the ideal world where he was living. Crushed by feelings, by a constant urge to express himself. Revolutionary, because he was following a precise way. Human, for the pain and struggle. With his music nothing was not to be transformed.
The book follows his instruments, ways and life. Cremona to Mantua, Sabbioneta, Parma, Venezia….
The stories behind the sound, in an interesting study crossing musicology and art. Describing the full landscape he would have experineced, dweeling in the venetian narrow ways to the open fields burning in the summer and iced in winter.
Characters like the Duke Vincenzo, the painter Artemisia Gentileschi, the musician Bellerofonte Castaldi will add the story of an era, distressed an at constant war, leaving the safe shores of the renaissance to travel the deep sea of baroque.
And the flavors, the sweet and sour of the court’s dishes, expressed in the curved pumpkins and spices.
That reigned in the palazzo Te, where the idea of sensual delight is true to itself.
To deep watery ways of Venice, the plague and the rebirth as musician. A life that was touched many times by death now relived, trough pictures, documents, drawings, scores.
An artist’s version of the composer and his life.

Plus two exceptional cd from the italian label Tactus featuring compositions by Monteverdi with top performances by Concerto Italiano and Arte musica ensemble.

italian american, citizen of the arts. musician painter, photographer, passionate about sound and images. Traveled all around the world to create my blend of distincted art. View all posts by Emiliano Marinucci

This site uses Akismet to reduce spam. Learn how your comment data is processed.